News broke late yesterday that the long-awaited new Friday the 13th film had been pulled from its October 13th release by its distributor, Paramount. Just as fans of the series were processing this news, word then spread that Paramount had pulled the plug on the production, indefinitely. The overwhelming response from Friday the 13th fans doesn't seem to be one of disbelief or disappointment, but rather anger and relief. The new Friday the 13th had been in production for year

Brad Fuller, producer of the upcoming Friday the 13th, currently slated for a January 2017 release, was recently interviewed by iHorror and, during the interview, Fuller backtracked on his earlier reveal that Friday the 13th 2017 will be an origin story, claiming that "'origin' isn't really the right word for this movie". Fuller went on to say: "It’s more of an alternate world that we’re creating for Jason — an alternate space, alternate reality. Yes, Pamela and Jason are tog 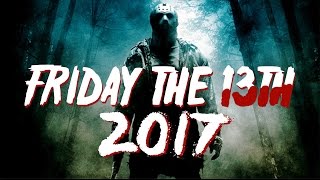 My thoughts on the recent news that the upcoming Friday the 13th, tentatively scheduled for a January 13th 2017 release, will be, according to producer Brad Fuller, "origin-ish". ► Daily Dead article here. ► Use code LOOTR3 and $3 off your first Loot Crate. Click here. Sound off in the comments section below. Are you down with an origin story for the upcoming Friday the 13th film? *Be sure to subscribe to my website (located below) to be notified of all video uploads long bef