Check out my thoughts on the growing fan upheaval over Halloween 2018 being a direct sequel to the original film, thereby retconning the other nine entries in the Halloween series. ✅ Join the "A Buck a Month Club" here. ✅ Check out my TeePublic store here. ✅ Got a review request or topic suggestion? Post'em here. #halloween2018 #halloweenhorrorsspooktacular #johncarpenter #horrormovies #vlog

Check out my thoughts on the breaking news that Jamie Lee Curtis will be reprising her role as Laurie Strode in next year's Halloween. ★ Check out TeePublic here. ★ Cited article here. ★ Got a review request or topic suggestion? Post'em here. (Get cash back when you shop online!) #halloween #halloween2018 #johncarpenter #jamieleecurtis

Check out my requested review of John Carpenter's directorial swan song from 2010, The Ward, as requested by madonnafabulousfan in my forum section. ★ Got a review request? Post it here. ★ Like the shirt I'm wearing? Get your own here. ★ Buy The Ward on Blu-ray here. (Get cash back when you shop online) #moviereview #thriller #johncarpenter #reviewrequest #horrormovies

Let's discuss the recent news from The Horror Master himself, John Carpenter, that Halloween 2018 will be co-written by David Gordon Green and Danny McBride, with Green in the director's chair. McBride has been quoted as saying that the new movie will follow the events of Halloween 2 (1981). Thoughts? Concerns? What say you? ► Check out my "R.I.P. FRIDAY THE 13TH 2017 - Here's What Really Happened..." video here. (Pre-order The Phantasm Collection Box Set) #halloween2018 #hal 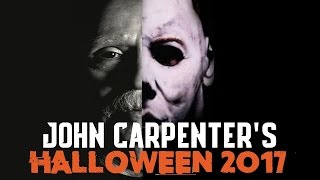 Check out my thoughts on the recent news that John Carpenter will be returning to executive produce and act as "creative consultant" on the next Halloween film, currently slated for release in the fall of 2017. *Be sure to subscribe to my website (located below) to be notified of all video uploads long before they go live on YouTube. #halloween #johncarpenter 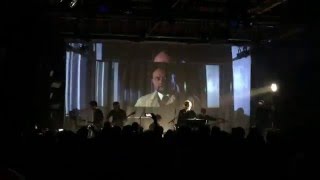 As many of you may already know, John Carpenter is hitting the road to promote his album, Lost Themes II, which dropped back in April. Carpenter released a music video for one of the tracks - "Distant Dream" - and announced a leg of tour dates for this summer and fall, concluding on, you guessed it, Halloween night. Read all about that here. On May 20th, Carpenter and crew, including his son Cody on keyboard, performed at the Bootleg Theater in Los Angeles. Among the songs on

John Carpenter's Lost Themes II drops on April 15th, with a tour to follow, and to tease us with a taste of what to expect on his second album of moody, synth-driven numbers, Sacred Bones delivers a music video for the track "Distant Dream". By the way, the video is directed by John Carpenter himself...and it rocks! Check it out below: Pretty sweet, huh? You can pre-order Lost Themes II here. Let me know what you thought of "Distant Dream" in the comments section below and ch