Based on the popular short film that made the rounds on social media, Lights Out is the story of an estranged family terrorized by a sinister entity that can only be seen in the dark. The film is directed by David F. Sandberg and stars Maria Bello, Teresa Palmer and Gabriel Bateman. Check out my review of Lights Out below. Sound off in the comments section below. What did you think of Lights Out? (Get $3 off Loot Crate and help support my website/YouTube channel.) #horror #ho

Check out my review of the savage suspense/thriller, Green Room, from writer/director Jeremy Saulnier, starring Anton Yelchin, Patrick Stewart and Imogen Poots. *Be sure to subscribe to my website (located below) to notified of all video uploads long before they go live on YouTube. (Save $3 on Loot Crate and help support my website/YouTube channel.) #moviereview #suspensethriller #thriller

Check out my requested review of 1986's spellbinding horror/action/thriller, The Hitcher, starring C. Thomas Howell, Rutger Hauer, Jennifer Jason Leigh and directed by Robert Harmon, from a screenplay by Eric Red. Got a review request? Leave it in the comments section below. *Be sure to subscribe to my website (located below) to be notified of all my video uploads long before they go live on YouTube. #reviewrequest #horror #action #thriller #moviereview

When you think of the Fourth of July weekend, what comes to mind? Flags, BBQ’s, swimming, fireworks, purging…wait, purging? That’s right, Blumhouse Productions and Platinum Dunes released the third installment in “The Purge” franchise, The Purge: Election Year, on July 1, 2016. Director, James DeMonaco, along with actors Frank Grillo and Edwin Hodge return to bring us more purging chaos. The Purge: Election Year begins in 2010 during the seventh annual purge, audiences are in

Check out my review of the newly released horror/action/thriller, The Purge: Election Year. *Subscribe to my website (located below) to be notified of all video uploads long before they go live on YouTube. #moviereview #horrormovies #thriller #action

Universal recently announced that Jaws 2, Jaws 3 and Jaws: The Revenge would be arriving on Blu-ray this June. But before you go making summer plans at Amity Island, Universal doesn't seem to be giving the sequels the same attention the studio bestowed upon its Blu-ray release of the original. Not only do the discs appear to be upscale versions of the DVD releases, but we get no new extras. Jaws 2 features the same extras as the DVD release from 2001, Jaws 3 gives you the opp 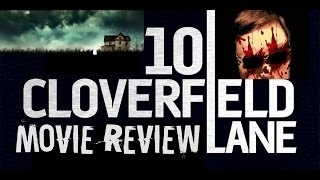